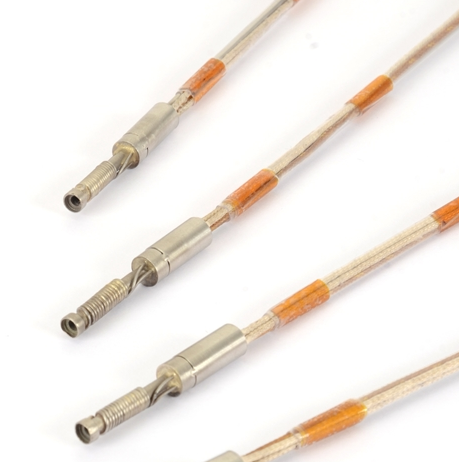 A mass spectrometer is an analytical device that detects, identifies and measures the quantity of the molecules of a vaporized substance. It measures the molecules by first separating the ions based on their mass-to-charge ratio of charged particles in an electric and magnetic field.

In order to achieve ion separation, a heating element is utilized to vaporize a sample of the substance being tested. The sample is vaporized inside an extreme vacuum chamber. The vapors are then bombarded by a high energy electron beam which causes the atoms to ionize and have a charge. Charged ions are then accelerated electrically and entered into a strong magnetic field that can deflect and bend the path of ions. Deflected ions hit a mechanism called an ion detector. Each ion hit is amplified for improved sensitivity and converted into an electrical signal. These electrical signals are used by a computer to generate a mass spectrum graph that shows the ions separated by their mass-to-charge ratio. This data is used to compute the precise masses of the atoms and molecules of the substance to determine its identity.

A manufacturer of Mass Spectrometry Analyzers was in need of a heater for their product line. Tempco designed an assembly consisting of a miniature coil heater with a nickel 200 insert. A temperature sensor was installed into the coil insert. It also included an integrated gas tube so that a cooling gas can be pumped into in the assembly to reduce the temperature of the heater coil.

There were several challenging parts of manufacturing this assembly including constructing the small heater coil and incorporating several intricate, machined parts with tight tolerances.

The unique features of this assembly design include: